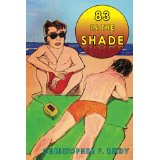 Michael McNamara was making no plans for his summer
vacation. He just wanted to hang out with his best friend Sean
in their little Boston ‘burb. Then his mother made him get a job
at a low rent retail outlet. Sean was AWOL most of the time
anyway. Just when Michael thought folding sweaters would be
the height of his summer fun, Kiva—chess club exhibitionist and
nice Jewish boy —showed up and showed Michael some new
ways to think. Then there were the two older men he couldn’t
stop flirting with. But was he flirting with danger? In June
he met Lisa, rock star in training and joined her band. By the
end of August everything had changed; and who was it that
said the only thing that doesn’t change, is change?
Link to 83 IN THE SHADE on AMAZON.COM
http://www.amazon.com/s/ref=nb_sb_ss_c_0_11?url=search-alias%3Dstripbooks&field-keywords=83+in+the+shade&sprefix=83+in+the+s%2Caps%2C766

Welcome to Nursing HELLo - a graphic novel by Joel Craig

$14.99
Add to Cart
What happens when all the jobs for movie star have been filled? The next best thing is to become a nurse and that is exactly what Joel Craig did. Follow this RN's rocky rise into nursing. If you are a nurse, nursing student, want to be a nurse or will be going into the hospital anytime soon, check out this story. Joel writes about the things that nurses think but never dare to say out loud. 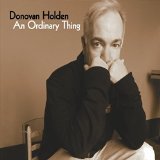 $8.93
Add to Cart
This wonderful hour long collection of songs written and sung by Donovan Holden is a must have for anyone drawn to the mixture of alternative rock and blues.  This CD includes the debut single "Bad Boys Black Leather (The Alrick Club Mix)."