THE SON'LL COME OUT TOMORROW - A Play by Christopher F Reidy.

Staged in Los Angeles at the Hudson Avenue Theater and in Roanoke at the Star City Playhouse. The Son’ll Come Out Tomorrow is a spoof of TV movies of the week.  The plot concerns one Little Johnnie Smith, a grade school boy who has a great ambition: to be the lead in his school’s production of “Annie” the musical.  That the role is usually played by actual girls is a moot point—so says Suzy Jenkins, the current reigning diva of Jonathan Taylor Thomas Elementary—and Johnnie’s new number one fan.  She encourages him to audition for the part; much to the chagrin of his parents, Mr. and Mrs. Smith (John and Brenda).  John is dead set against his only son getting involved in musical theater, let alone playing a girl.  Brenda is torn between supporting her son and loyalty to her husband and so resorts to Mother’s Little Helper’s to help her cope.  Things get so stressed at home that John turns to the ministrations of Mrs. Jones, a licensed sexual therapist (and Johnnie’s drama teacher).  The conflicts build until Billy Boyd, All-American Boy Next Door, puts everyone straight, so to speak.  But will little Johnnie prevail and fill the red-headed wig of everyone’s favorite little orphan girl?  How will TV’s Judge Trudy rule? Stay tuned! 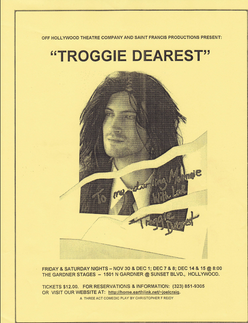 TROGGIE DEAREST - A Play by Christopher F Reidy.  Staged in West Hollywood at the Gardner Stages.

Troggie Dearest is purely a farcical spoof of all things Joan Crawford.  Crawford, the unofficial Saint (and muse) to the gay community is the star of this show.  Simultaneously a burlesque of Mildred Pierce, My Fair Lady, Mommie Dearest and Trog (Crawford’s final film)--Troggie Dearest posits the premise that Joan is seeking to adopt another child (she already has, and is disappointed in, Christina).  Since she can’t go through proper channels, Joan adopts a baby from the jungles of Peru; the homeland of her current live-in lover, Randy Reyes—aspiring movie star.  The infant turns out to be a troglodytic caveman baby and Joan, after first rejecting the child, takes pains to raise him in high Hollywood style.  As Trog grows older, he finds an ally in his sister and a savior in his nanny, Mamacita.  Also, a nemesis in his adoptive mother, who feels Trog’s more outré sexual leanings need to be eradicated.  When Trog begins a secret affair with Randy, it is only a matter of time before someone gets film noired.  A campy lark with guest appearances from James Dean, Ann-Margret, and “The Blonde.”
​​ 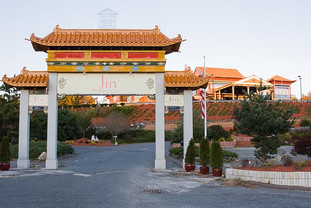 THE WEARY WORLD REJOICES* - A Play by Christopher F Reidy
​
It’s holiday time and Phil O’Lanahan has to work on Christmas Eve.  That’s fine with him, since he does everything he can to avoid his family.  It’s not that he doesn’t love them.  It’s just that he’s finding it harder and harder to keep his secret—and keep in the closet.  His family is traditional, blue-collar Boston Irish-Catholic and Phil figures the only outcome of coming out would be familial discord.  His parents, Evelyn and Eddie are hosting a Christmas Eve dinner at their apartment in Charlestown.  The guests include their eldest son, Tommy and his wife Carol and their two kids, Moira (15) and Danny (9).  Also along for the ride are the Baum’s, Eddie and Evelyn’s nice Jewish neighbors from down the hall.  Just as they sit down to eat, Tommy’s secretary Jannette arrives and starts making outlandish claims that literally turns the dinner upside down. Meanwhile, Phil is the floorshow at Wong’s Asian Fusion Bistro; a family establishment now run by his lover, Jimmy Wong.  In full Peking Opera regalia, Phil takes the stage for a campy number.  When the O’Lanahan clan shows up for dinner and the Wong’s arrive as well…there’s much ado about mistaken identities, star-crossed paramours and last second revelations.  Oh, and musical numbers and Nativity pageants.  But don’t worry; all’s well that ends swell!

* This play is as of yet, unproduced.  And perhaps, currently unproduceable, as it represents Chinese Americans.  And a Caucasian-American appropriating Chinese culture, and gender.  As this representation of one culture by another has become such a volatile issue, the work should probably be re-written. Which, I think, is a shame; because it was written with the best of intentions and in the spirit of humor and good-will.  I tried to write the Chinese characters as realistically as possible.  But, as they say, the road to Hades is paved with the best of intentions.  But seriously, if you are a Chinese writer and would like to read the play, I would love to get some feed-back; because I think it's a seriously delightful and funny play.  If interested, you can contact me at cfreidy@gmail.com. 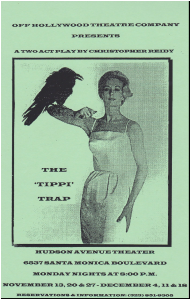 The ‘Tippi’ Trap is a “what if” tale that asks the question, “What if Alfred Hitchcock had directed Walt Disney’s “The Parent Trap”?  The question is asked facetiously; the answer—hopefully—is laughter.  It’s 1960 and Walt Disney and his lady friend (Marilyn Monroe) have just watched “Psycho” at the behest of Walt’s brother, Roy.  The studio is stretched thin financially and Roy advises Walt that having commercially successful Hitchcock direct the studio’s next project would be in everyone’s best interests.  Enter Hitchcock who pitches his take on “The Parent Trap” a family friendly romp about twin sisters trying to get their divorced parents back together.  Hitch’s vision for the project is decidedly macabre and Walt balks.  But Roy has already signed a contract with the Master of Suspense and Walt has no choice but to greenlight the project.  Hitchcock hires Tippi Hedren, Bette Davis and Christina Crawford to star.  Joan Crawford puts in her two cents and it all spins out of control as vying egos and perverted ids do battle on a Burbank soundstage and in Disney’s private swinger’s pad.  Will Art or Commerce prevail?  The ‘Tippi’ Trap seeks to find that answer through heightened farce.  Does it?  Probably not! 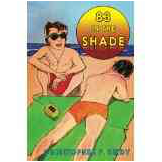 ﻿83 In the Shade is the story of Michael McNamara, 17 year old native of Stoningham, a suburb of Boston. Michael is gay and half in and half out of the closet. The story follows Michael through the summer of 1983; his experiences and adventures. First the bad news: Michael's best friend Sean "Scooter" O'Hanlon is missing in action; exiled for the summer to his father's house in Salem. Then, Michael's mother forces him to get a job at a local discount clothing retailer. And Michael, despite sex lurking in every corner of his life, never seems to be getting any for himself. This would drive any teen to distraction. Luckily, Michael makes some new friends who make his life a little less boring. First, there's Kiva Fleischmann; a nice Jewish boy who goes to the local high school. Through Kiva, Michael meets the mysterious and erotic "Mr. Z.", a randy and improper drama instructor. Michael is smitten. But that will have to wait; since Michael has two new lesbian friends: Cheryl, from work and Lisa. Lisa has a rock group and Michael finds himself part of the band when he exaggerates his musical abilities. Then there's Mr. Blanchard, Michael's boss, a big bear of a guy who Michael can't stop flirting with. All of these disparate strands come together and proceed to explode like fireworks at Lisa's momentous 4th of July party when her band makes their debut. After Michael makes the mistake of introducing Scooter to Mr. Z. the strength of his bond with his best friend is tested to its limit. We meet Lisa's family, The Rinaldi's: a tight-knit clan bursting at the seams with hot Italian men. And a charming Mama to keep them all in line. We also meet the rest of Michael's family, his macho, good-natured father. His stoner brother Tiger; and Van, Tiger's eccentric friend who Michael might truly be in love with. And Michael's mother Jane who Michael just can't seem to please. Michael, who narrates the story first hand, is a Pop-Culture lover and cinephile who often goes on tangents about his favorite movies; from Woody Allen's heady "Interiors" to the sheer camp of "Staying Alive." As well as skewering some of the sillier obsessions of 1983. In the classic tradition of coming of age stories, 83 In the Shade is sure to delight anyone who's ever been a teen-ager; no matter what their orientation is. 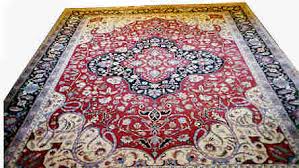 There is a chill
as I lie here on
a Persian rug
(ornamental)
And trace the arabesques
with my toe
Waiting for you
to come out
of the bathroom
Imagining your reflection
in the steamy
mirror
Like a snowman frothing
at the mouth
while you shave
the razor draws little traces of red
through the snow
And I wait, naked, with
my book
And grow impatient to
press my nose against your neck and smell
soap instead of the musty carpet
Now it’s cold and
impatience outweighs desire
I draw the blinds
and turn off the
bathroom light
And return to the
imitation rug and
the book I wasn’t
reading​ 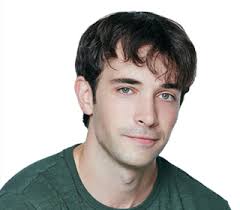 Cheeseheads follows the exploits of a Green Bay, Wisconsin extended family: The Schmidt-Mitterand clan.  The stories unfold in and around the core family business, Outside Things, a hardware store and supply.  Stories will deal with parents Lorene and Alfred, a mixed-race couple who own the store; and their adult off-spring.  There's oldest son Gibson, who manages the store and his branch of the family: his wife Natalie and their two kids.  Francis is a high school football star and his little sister Rochelle is just the little girl next door.  Middle child Taft is an entrepreneur: chef by day, hooker by night.  Colton, the youngest, is a gay high school teacher, looking for love.  Has he found it with a sumo wrestler?  Maybe.  Then there's Aunt Genie and her husband Jack.  And hanging around to crack wise is family friend Axel Southward, a mostly grounded pilot for a regional airway.  When the family isn't making or eating cheese, they're wearing their foam Cheesehead hats and cheering on the Green Bay Packers.  Will hilarity ensue?  Will Aaron Rodgers guest star, barefoot?  You betcha! His episode is entitled: Wha'choo Talkin' 'Bout, Aaron?
And maybe a few tears and surprises along the way.